I thought I would have so much more time to read during Shelter-in-Place.  It turns out not so much.  All those projects I was ignoring (like the crap piled on the Dining room table) apparently were taunting me to finished them.  So I’ve been doing those things.

Really, I would prefer to read instead! 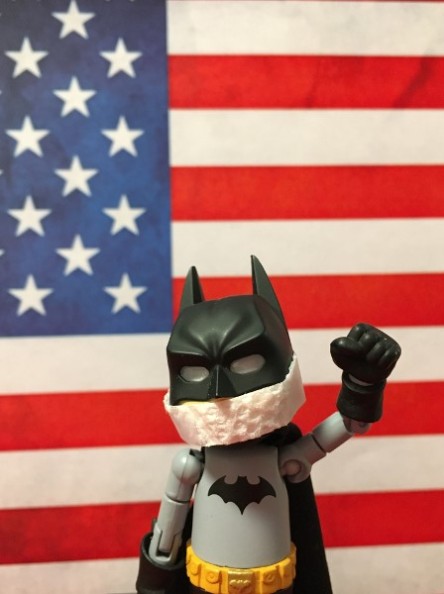 I was also doing photo shoots with my action figures, HA HA HA!

So the Presidential King of Lies has been exposed again.  Yes, his supporters love when he lies to them so they do not care but I do.  As a taxpayer I care how much Profit-Golf the President plays.  First the number is approximately $102 million with only 2 years of being President down.  Second every time he goes to his “Southern White House” as he likes to call it we get to pay HIM.  So not only has he played more golf than the last several Presidents he makes a profit over and over when he goes to his clubs.

I’m wondering why his supporters are so STUPID!  They chant at his ego-rallies and fuel on his incoherent tirades.  “Lock Them Up”, is the new/old one.  I challenge any of them to name two people other than Mueller.  Who exactly is “them”?

It’s like truth is non-existent any more.  Lie to us we love it.  Unless it’s by a woman or a person of color then they are devils.

William Barr is the President’s Stooge.  He will destroy the rule of law to save the President’s hide.  Mr. Barr is anti-democracy and yeah authoritarianism.  That my friends is not what America was founded on.

The reality of the Mueller Report is Mr. Trump did everything to obstruct not only the investigation into Russia tampering with our elections but his involvement with Russia before he ran for President.  He is the biggest LIAR ever to be President in the USA.  That’s saying a lot considering Nixon was President.

If he had nothing to hide there would be no reason to have multiple injunctions for things like his tax returns to his former employees giving testimony by subpoena to Congress.  What don’t you want the morons who follow you to know?  You are an agent of Russia?  You laundered money for the Russian Mob for decades?  Hmm…what could it be?

The truth is Mueller did indict people.  People went to jail…Waving to Paul Manafort and Michael Cohen.  So there was 100% credibility into the Mueller investigation.  Unlike the prolonged investigation into Hillary Clinton that produced….Zero.  Not one indictment.  It cost way less than Trumps For Profit Golfing trips but still.

His base worships him.  They say they are people of Christ.  He lies to you and breaks God’s Commandments over and over and over again.  What kind of Fracking Christianity do you follow?

China will never come back to the US and re-engage it’s farming contracts to the level before Tariff Man came to town.  For a guy calling everyone out as Socialists (how dare they want Healthcare), he is all about subsidizing the Farming Community for votes.  Weird right?

I need to end my Diatribe but before I do…Would someone, for the love of God, Drug Test Ben Carson?!?

Oreos?  Really Ben…you are the most stupid doctor I’ve ever seen 😦 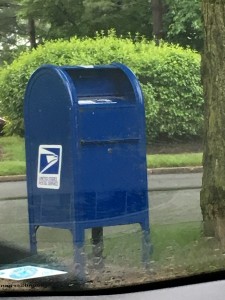 In my small town (Suburbia) we have only one Post Box that I know of.  It sits at the top of my street.    I’m bemused by this development.  It’s not like having a post box that just sits there costs extra money.

This is an example of things that are fading away from the past.  I miss them, like so many other things from the past 😦

Because the President of the USA is a joke of a moron I offer you hugging Otters.

I would share an endless diatribe as to what is wrong with this man but it’s been done to death and the outcome is the same.  He personifies all the bad in our Country in one person.  White Supremacy has no place in this world of many colors.

I will say this though, just once I would like the press to laugh hardily at his ridiculousness while it’s happening.  His staff can’t “fake news” that…perhaps being mocked directly he might realize that his staff blows smoke up his rear and that he does indeed sound stupid.  Just saying!

I read the news too much.   I think that the world is all screwy and I’m not a fan of crazy people.  What I like are pictures of Dogs.  I like to read.  But I’m pretty sure I shouldn’t read the news.

I like Star Trek…but not the pilot episode.  It was wicked creepy.  The Vulcans are cool because they have pointed ears.  I’m all about things with pointed ears.  You know like Elves, Stitch, Zelfs and that girl on the eye drop commercial.  I’m fairly certain she is an elf.  I watched the movie The Santa Clause with Tim Allen…they were all over that movie.

So today I’m rambling.  No I do not have a head injury.  I’m just annoyed by the news and can’t direct my angst properly.

Oh well.  I think I will just read my book and have a water because that’s just how I roll in the Shire.

This is just going to be a rant against those people who over perfume and over cologne.  Seriously people some of us have allergies to your stank!  Although you think your fragrance is exotic and alluring all it is to me is an awful attack of allergies followed by a massive headache.

Men are heartily guilty of over doing the cologne.  They splash it on like after shave.  Boys…cologne is not after shave.  They then wipe their hands on their shirt or jacket and the smell doubles.  It’s not sexy…it’s smelly.  Over powering smelly.

It isn’t just men who make this mistake, women are just as guilty in my watery eyes as the men.  When I was younger and starting to do girly things my Mother taught me the “spray and walk into the mist” method.  It works.  You get just the right amount of perfume and it’s spread out so it tends not to be over powering.  How about the old a dab behind each ear method?  Equally as successful and keeps the fragrance to a minimum for those of us who do not want to participate in your hygiene.

So to end this little tantrum…let’s keep it in perspective people.  Not everyone loves the way you smell so to force you stink on everyone isn’t very fair.  So I promise not to fart all over the place if you keep the cologne to a spritz…deal? 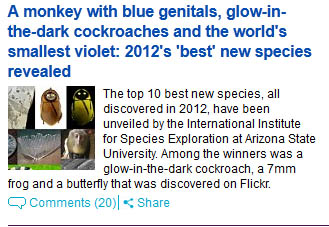 What I find funnier than Headlines sometimes are the comments.  And the winning comment on this article was…

To answer Tony’s query…Yes…Yes that is exactly why I clicked on the story.  Who could pass up seeing blue balls…Ha Ha Ha…Balls.

Today we are having a late season snowstorm.  It’s really cool.  I don’t mind these kinds of snowstorms because they look beautiful but don’t really cause problems on the roads.

On Friday, I took this picture of Spring.

I thought to myself we are on our way to warmer temps…Not so fast little one…how about some more of winter.

So in conclusion…Snowy Days and Mondays Always Get Me Down…or not because I love snow…BAZINGA!

I have RA.  Because I have RA I prefer easy to open pill bottles.  When you buy OTC they almost always put the child safety caps on them.    They are a pain for me to open…literally.   So when I saw that the cap to my OTC bottle was separated from the bottle and the pills were resting at the bottom of my messenger bag I realized the lining must contain magical hands.

I’m not sure if this means I should just put all my child safety bottles in my bag for the bag to open in the future.  I’m so confused 😦  What do you think…Gremlins or ghosts are opening my bottles?

Sometimes the Universe shits all over you.  Today was that kind of day!

“Murder, She Wrote: Murder in the Kitchen” by Donald Bain

“Precious and Adored” by Lizzie Ehernhalt

Something To Think About:

The View Through My Cracked Window
Blog at WordPress.com.